The Freud / Jung Letters - a window into the worlds of two great innovators.

I'm in the middle of reading The Freud / Jung Letters; and  I'm finding it fascinating. It's the personal correspondence between Freud and Jung starting in 1906 and going on for around seven years until their final break with each other - over 300 letters! 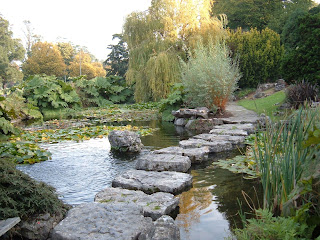 Looking back from 2013, it strikes me that we now live in a such different world from theirs. Things have moved on. Yet would we be where we are now without them?

Both men were pioneers - innovative thinkers exploring new territory. As they clarified their ideas, their differences came more to the fore; and ultimately they found no way to reconcile them with each other. However despite this, (or maybe because of it), they have both contributed a great deal to our understanding of the human psyche.

Reading their letters, you can see how their ideas develop and crystallise, as they explain themselves to each other. Interesting stuff!..
Freud also met Salador Dali. I'd love to have been a fly on the wall at that meeting...
Lin Travis Counselling Services
Posted by Unknown at 21:48 No comments: